Even though Android 13 has been released, some users may be dissatisfied with the updates and want to revert back to Android 12. If that’s the case, you can count on us.

Customers are excited to check out Windows 11 on the Pixel 6 and stream Android apps on the PC straight away, and Google has started rolling out the Android 13 developer preview update to eligible Pixel devices.

If you’ve been using Android 13 DP for a while and have run into stability issues, you may be asking how to roll back to the previous stable release, Android 12.

Despite being the thirteenth iteration of the Android operating system, the present Android 13 OS contains a number of issues as well as a number of improvements and new features.

If they want to give a more stable user experience, it will take some time for Android developers to provide patch updates and further development builds for Android 13. Until the public beta and official stable build are released, users will continue to encounter stability issues.

Google plans to release a public, stable build of the platform in May 2022, and a final, stable build will be released in September 2022.

From the user’s vantage point, however, that timeline is infuriatingly long, especially in light of the fact that the latest version of the Android operating system for Pixel smartphones was just released. As a daily driver, though, having a reliable and fast Android OS is more important.

Most people who own Pixel devices have already installed or are in the process of installing the latest version of Android (Android 13) by means of the Flash Tool, Sideloading, or Fastboot.

However, the GSI images can be used to flash the stock version of Android 13 on non-Pixel devices. It may take some time, though, to address the growing doubts about the durability and speed of Pixel phones as primary devices.

READ ALSO:   How to enable Sharing Hub in Google Chrome?

We’ve got you covered with a whole plan to roll back from Android 13 to 12. It’s up to you to decide which of the two methods to use. We strongly suggest making a copy of the information stored on the internal storage of your device before you continue.

The success of the operation depends on your careful adherence to the protocols. Please note that we cannot be held responsible for any harm or errors that may occur on your device as a result of following this guide. If you decide to proceed, you do so at your own peril. So, let’s jump right into the steps for reverting from Android 13 to 12.

If you want to know how to downgrade from Android 13 to 12, you must first meet the requirements given below.

Install Android SDK Platform Tools:  Initiate development on an Android device by downloading the SDK Platform Tools from the URL provided. The Android Debug Bridge (ADB) and Fastboot binaries must be installed on the PC in order to flash firmware or other files onto Android devices. After downloading the archive from the aforementioned link, extract its contents to any convenient location on your computer.

READ ALSO:   How to recover a deleted email in Gmail?

Backup device data:  Using this method, you can back up your Android device if you feel it’s necessary. If the bootloader cannot be unlocked, all data on the device will be lost.

Use a USB cable:  Connecting your Android device to your computer via USB cable is another recommended practice. With a secure connection established between the phone and computer, flashing the firmware will proceed without a hitch. Make sure you’re using an authentic USB cable that is compatible with your device.

READ ALSO:   How to add line numbers in Word? 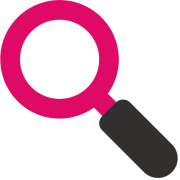 How to return a game on Steam?

How to Add, Delete, Modify Events to Calendar on iPhone

How to Get Notification When Someone is Online on Whatsapp 2022